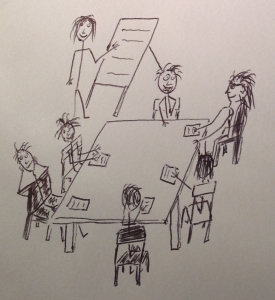 At the start of a Chapterhouse seminar we have a relaxed chat about what we all want to achieve and your tutor gives you his or her own potted autobiography (very quickly, I promise). Students say as much or as little as they want to about their own lives and careers. This is not compulsory but most people are happy to give a bit of background to why they have come on the course.

Over the past twenty-five years we have seen aspiring copy-editors and proofreaders from virtually every nook and cranny of life, most from the UK, but also from about thirty other countries.

So, as you might guess, there are some common themes. Young or old, highly educated or with no formal qualifications, most students want to work with the written word. Most enjoy reading, but the range of interests is very wide – from novels to railway magazines and football programmes.

QCs and A Level Failures 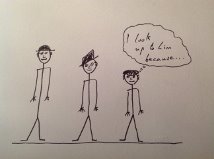 One thing we have all learned at Chapterhouse is that it is dangerous and stupid to have any preconceptions about how well students will do on our courses. When we started in our sitting room with four or five people back in 1990 we imagined that a high court judge (retired) might be a better error-spotter than a lorry driver or postman. Well, he might be, but he might not. We also found pretty quickly that academic achievement was not a reliable marker of the ability to concentrate on detail. What matters in proofreading is focus not intellectual gymnastics. Of course, we also discovered that students with little education were often just as capable intellectually as those with a string of degrees. It shouldn’t have been a surprise, but, back then, to a couple of publishers like us, I am ashamed to say it was!

Now, don’t misunderstand me: I am not saying that a double first or a stunning doctorate is a disadvantage if you want to proofread or copy-edit. They can provide you with a decided edge when approaching academic publishers! But they are not an end in themselves; you have to be a good proofreader and/or editor into the bargain.

Most people who come to us for training are somewhere in the middle academically, of course. Some have degrees, but many don’t, particularly older students. In the early days I used to try to guess at the start of a course who was going to be good at it. I would listen carefully to the brief life stories, watch to see who dozed off when I began my introduction and draw my conclusions. But I was as often wrong as I was right. There was, and is, simply no pattern. Even by the end of a four-day course when you would think I should know who was going to do well in the assessments I was often disappointed or delightfully surprised.

One thing I do know, however: whenever someone introduces himself or herself as “the sort of person who always spots errors; the errors just leap out of the page at me” there may be a problem. For every error that leaps from the page there is another lurking by it which remains unfound. Leaping is not good for proofreaders!